You currently do not have any widgets inside Off-Canvas sidebar. Add widgets in Appearance > Widgets > Off-Canvas Sidebar.

Dynamics 365 Release Wave 1 : Exciting features to look forward to in 2022

April is just around the corner, and with it comes a host of new and exciting features from Microsoft for their Dynamics 365 Suite. The first of Microsoft’s famous “Release Waves” for this year is set to begin in April, and while some features have been available for testing since the beginning of February, we now get to see the full picture of how Dynamics will look at the end of September.

As per usual all of the Dynamics 365 apps, from Sales or Marketing to Finance and Operations, will be getting some tweaks. In this article, we will be highlighting the most exciting features brought to the Customer Relationship Management suite in this release wave. If you want to see all Microsoft has to offer in its 2022 release wave 1, full documentation is available using the link below.

And now, with no further ado let’s go over the features we found to be most exciting.

Typically, the sales workflow involves sellers interacting with potential customers and contacts every day using email. A seller using Dynamics 365 Sales should, in theory, pay attention to all customer interactions, identify key contacts for each Account and manually create contacts for those accounts based on the observed interaction. Say, for example, a Sales Manager cc’s all communication to a Business Development Manager. An outstanding salesman would identify that the respective BDM is the decision-maker for the company, mark him as a contact in the CRM, and try to find ways to integrate him in the discussion in order to fast-track the decision-making process. Most of the time though, this information gets lost in the email server and the opportunity is won or lost at the first point of contact.

Here is where Microsoft introduces the Relationship intelligence capability, otherwise known as the “Who knows Whom” feature. 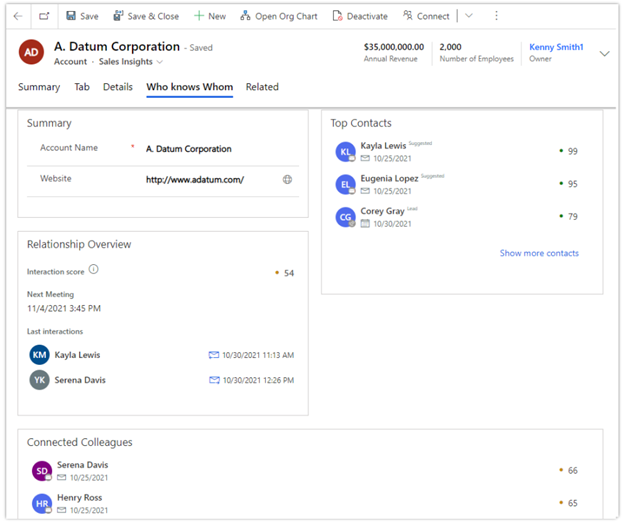 This enhancement allows your sellers to query their entire network based on interactions collected from Dynamics 365 or the Exchange Server in order to discover relationships between individuals and identify ways to accelerate the selling process by locating additional key stakeholders for a specific Account.

Sellers can now query for accounts that they or their colleagues have interacted with over email, and uncover contacts or connections associated with those accounts. The feature also offers an “interaction score” that is designed to highlight how well the seller’s organization is connected to a contact or how strong the relationships between two contacts are.

Text messages allow you to quickly communicate with your customers, but it is not enough to just send messages out. Acting on their responses is as crucial as sending the message out in the first place. Now you can allow Dynamics 365 Marketing to send auto-interactions based on pre-defined journeys. You can customize the journey and create separate branches based on the replies you expect to receive. 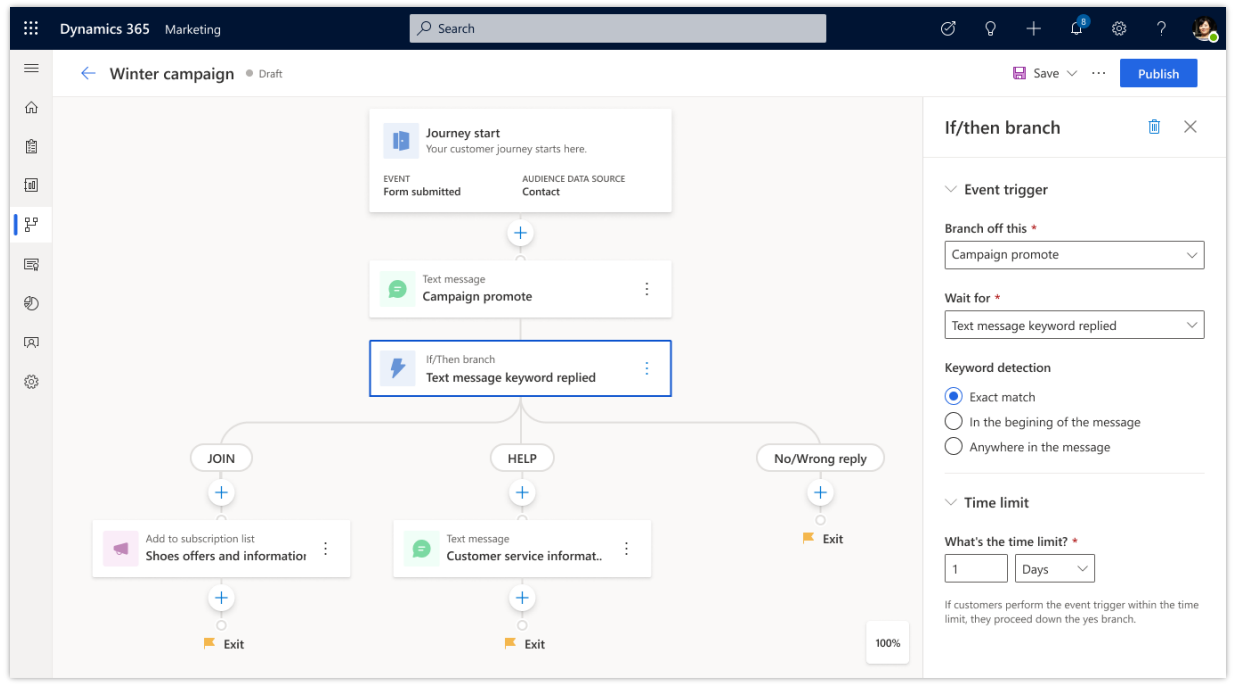 This enhancement will allow your customer to interact with a text message, rather than just dismissing it as SPAM. You can set up a chain of these reply interactions, customize the user experience and define how certain keywords interact. Fuzzy matching and semantic analysis of keywords will ensure that your journeys will trigger even if the customer reply is not a 100% match. You can also set a time limit for your event triggers, disabling the branches if the pre-set time limit is reached.

Although a similar feature was released in late 2021 for agents working on an active case, 2022 release wave 1 brings forth an upgrade that allows the same capability for agents that have conversations with customers over a variety of channels, such as live chat, messenger or voice.

When agents need help in finding an answer to a customer’s question, one common approach is for them to reach out to others who have resolved similar cases. However, if the agent doesn’t have a personal connection with these colleagues, finding them can take time and effort. Using AI, when an agent starts a Teams chat or service conversation on a case that’s active, they’re provided with names and photos of those who’ve resolved similar cases.

The module is set to account for multiple factors such as the number of similar cases solved, resolution time, or how recently similar cases were resolved. It also provides direct links for agents to view the full threads of similar resolved cases and a detailed explanation of the key factors behind why a certain contact was suggested.

Field service users will also be able to use the application in areas with low or no connectivity to the internet. The Field Service Windows app supports access to the device camera, allowing you to capture on-site imaging and even comes with barcode scanning capabilities. 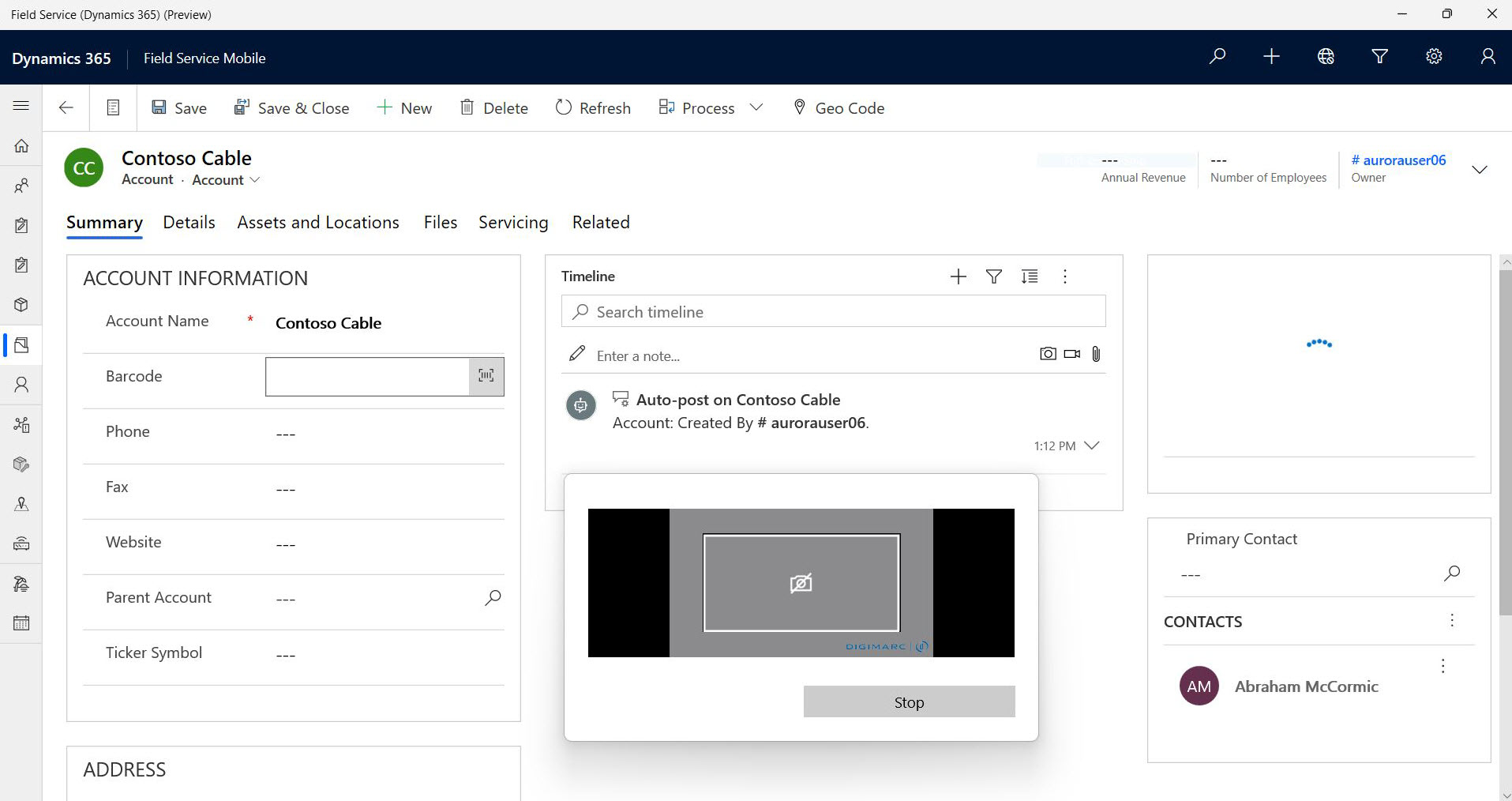 The barrier to entry for device specifications is pretty low as well, the app only requiring a minimum of 3 GB of RAM and 64 GB of storage in order to run on windows devices. Although it is recommended that you have 64 GB of storage available the actual number of GBs required is dependent on specific organization needs, most of the data allocation being used for downloading databases in order to enable offline usage.

How does this update affect you?

The 2022 release wave 1 will, by the end of September, affect all Dynamics 365 online customers. All of the features presented in the Release Wave Plan will be available in your systems, so it might be a good ideea to glance over the capabilities and figure out how these enhancements can help you get the most out of your applications. If you are already working with a Microsoft Dynamics 365 Partner, you should have been informed of the most useful features your business can use, and will be managing the integrations for you.

Still not sure what this means?

As usual, if you have any questions, we encourage you to reach out to us and a member of our team will respond as soon as possible.

Available Monday-Friday
07 AM to 4 PM GMT

Get a complete overview of our
capabilities and offerings

Get a complete overview of our
capabilities and offerings.

NOTE: These settings will only apply to the browser and device you are currently using.